Why London's Urban Forest is its Crown Jewel 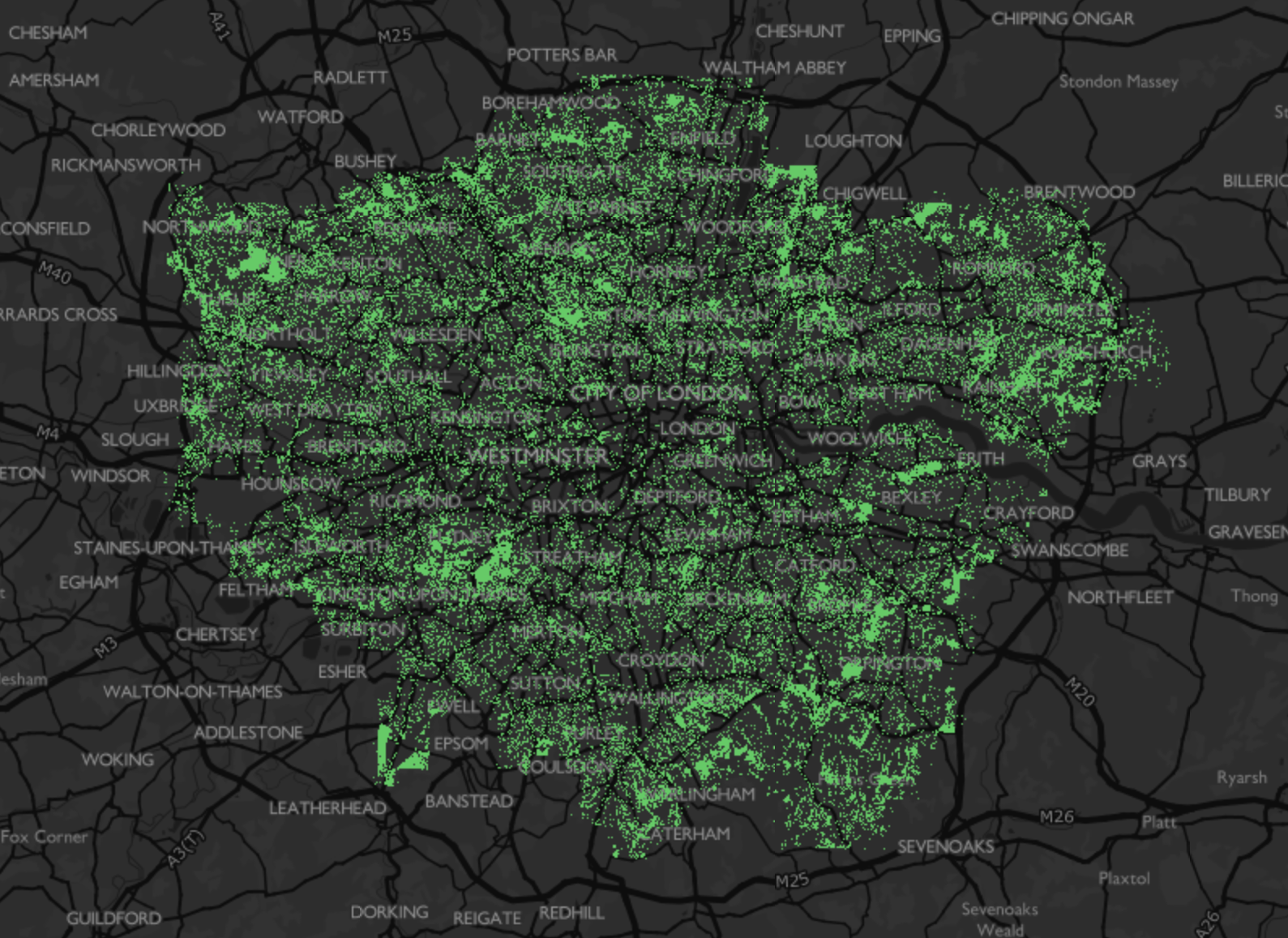 Often undervalued and taken for granted, London’s trees, parks, gardens and woodlands provide us with more than just open spaces and oxygen.

A colleague of mine recently sent me a piece about London being home to the worlds largest urban forest. London? Surely not?

Well, as it turns out, London does indeed meet the UN classification of a forest (an urban forest at that) given that 21% of land within the capital is taken up by tree cover. In addition, the i-Tree Eco Project estimates that London has 8.4 million trees, that’s almost one tree per every Londoner. Take note Paris.

Digging deeper into what this means for us, it quickly becomes apparent just how much urban trees and parks contributes to our health, well-being and quality of life.

Air pollution within the capital is a big problem and its effects are well documented. Trees in London play a role in improving our air quality by filtering out pollutants from the air.

Each year, trees remove a staggering 2,241 tonnes (equivalent to 177 double decker buses) of pollutants including Carbon, Nitrogen and Sulphur oxides as well as Particulate matter (PM), which as a service, is valued to be at £126 million. 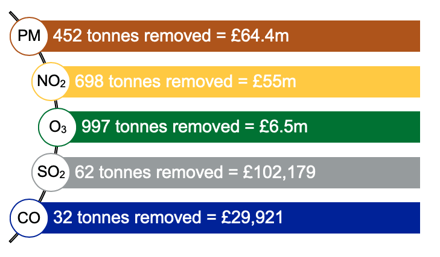 Planting trees and rewilding initiatives are just some of our first lines of defence to help mitigate against climate change and its impacts.

According to research published by UCL, pockets of urban forests are able to store 178 tonnes of carbon per hectare which is comparable to the capacity of tropical rainforests (190 tonnes per hectare).

If we placed all of the carbon stored within London’s trees into a sphere above the city, its diameter would measure 1.3 km! 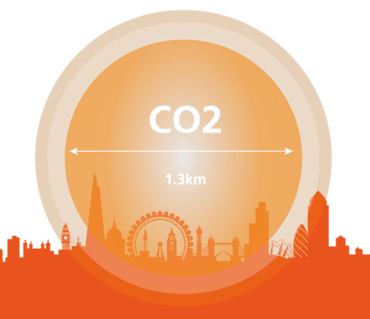 As we seek to lower greenhouse gas emissions, street trees are ever more important in capturing vehicle carbon emissions. An estimated net capture of 65,534 tonnes of carbon is removed from London’s atmosphere every year.

Rainfall that reaches the ground and cannot infiltrate its way into the soil is classed as surface runoff and has to be removed by adequate infrastructure. In a city where 40% of the land surface is impermeable, surface water flooding poses a risk to 80,000 properties.

Together with the much-needed upgrade to London’s Victorian sewer system, trees and vegetation provide a natural barrier against floodwater by avoiding surface run-off and absorbing rainwater, slowing down the passage of stormwater into the sewer system. 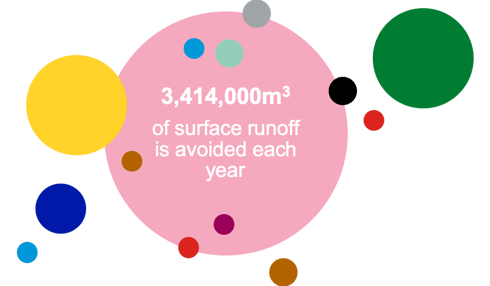 Studies have shown that exposure to pockets of nature within densely populated cities can aid in improving mental wellbeing by providing a respite from the stress that comes with working and living in an urban environment.

From a social perspective, London’s parks offer a number of social and cultural benefits underpinned by their ample opportunity for recreational and communal cohesion.

Urban trees and woodland areas within the city provide valuable habitat for many of the capital’s wildlife, contributing to its biodiversity. 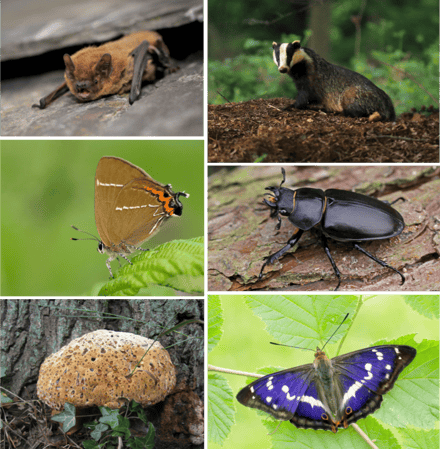 In addition to providing natural habitats, a total of 126 species make up the tree population and includes one of London’s oldest living resident – the Totteridge Yew tree, estimated to be at least 2,000 years old!

Having witnessed the recent bushfire crisis that gripped Australia, the occurrence of such events are set to increase both in magnitude and intensity pushing the natural world to its limit.

By being aware of what we have closer to home not only encourages conservation but also puts pressure on decision makers to incorporate trees and green spaces into future developments.

Switch to paperless meetings today to decrease your organisations carbon footprint and dependence on paper. 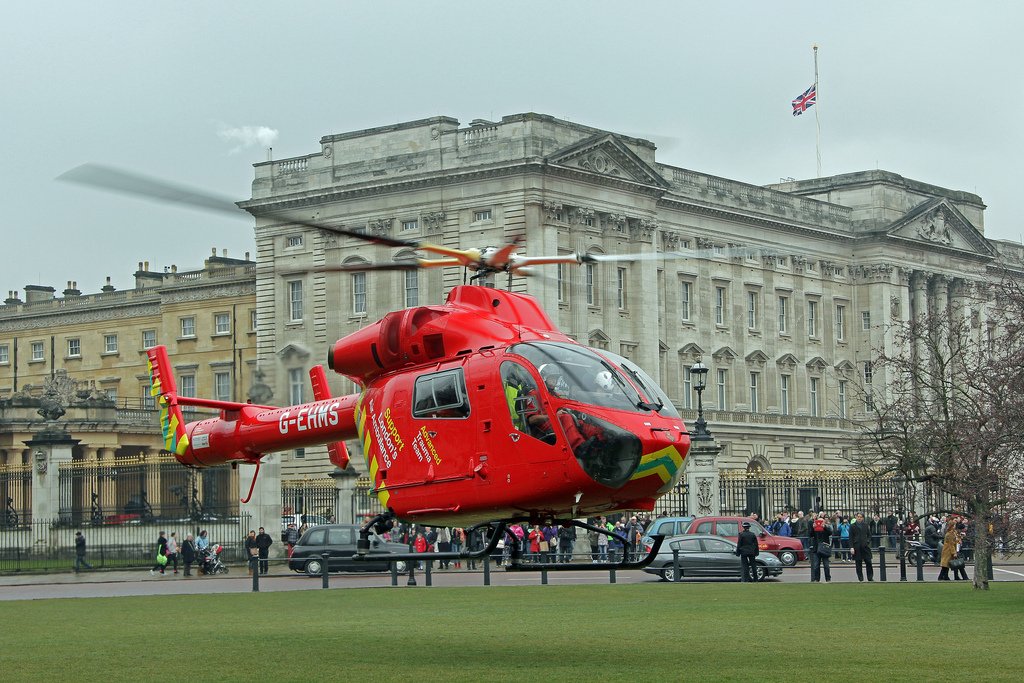 'We Can't Fly without You'